VICTOR ROUDOMETOF is Visiting Assistant Professor of Sociology at Washington and Lee University in Virginia./e He has published widely on globalization, nationalism, and national minorities in the Balkans. He is the editor of The Macedonian Question: Culture, Historiography, Politics (2000), American Culture in Europe: Interdisciplinary Perspectives (Praeger, 1998), and co-editor of The New Balkans. 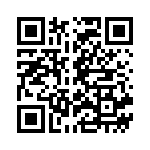