STEALING GLIMPSES: Of Poetry, Poets, and Things in Between

paper 1-889330-26-4 A former contributing editor here at Kirkus and a poet in her own right, McQuade (An Unsentimental Education, not reviewed) adds to Poetry Month her unique blend of familiar essay ... Read full review

Stealing glimpses: of poetry, poets, and things in between: essays

Poet and critic McQuade presents a set of 27 lively essays on poetry, poets and things in between. Each essay is short enough to read in a single sittingthus the glimpses of the titleand each glimpse ... Read full review 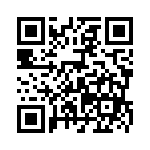