Page 90
I had often before this said that , if the Indians should come , I should choose rather to be killed by them than taken alive , but , when it came to the trial , my mind changed ; their glittering weapons SO daunted my spirit that I ...
Page 98
... they killed some , and took others , whom they also killed ; and , among the rest , a young maid of about fourteen years old was taken , and the scalp of her head taken off , and her skull broken , and left for dead with others .
Page 258
The second selection , taken from the same source , is Bacon's speech to his followers before leading them against Berkeley's anti - insurrection forces . The third selection , also from the commissioners ' True Narrative , is the oath ...

52 other sections not shown 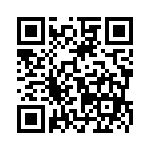