Page 30
The significance of this passage in regard to Africa and civilization rests on the
fact “ that the first two rivers of Eden were in ancient Cush , the term that the
Greeks 12 Paris , 33 . would later transpose as “ Aithiops , ' or Ethiopia. 73Felder ,
xi .
Page 35
989 It further states , “ thousands of pictures , rings , necklaces , broaches , pins ,
earrings and wreaths were made of human hair in England , and popularized
later in the rest of Europe and the United States from the late 1700s to the late ...
Page 44
Not to be outdone , another ex - Ward singer , Carrie Williams , fell out a bit later ,
shrieking magnificent soprano notes two octaves higher than Clara ' s . ” ! 15 This
example demonstrates a cultural continuity of showmanship accepted within ...

2 other sections not shown 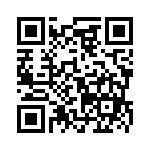