Another 100 years passed and we still don't get it... Worth to read. Even if you don't agree - you will be in a good company as Mahan has called an earlier version a 'fundamental mistake'. Read full review 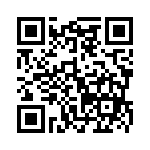