Mikhail Afanasevich Bulgakov was a Russian playwright, novelist, and short-story writer best known for his use of humor and satire. He was born in Kiev, Ukraine, on May 15, 1891, and graduated from the Medical School of Kiev University in 1916. He served as a field doctor during World War I. Bulgakov's association with the Moscow Art Theater began in 1926 with the production of his play The Days of the Turbins, which was based on his novel The White Guard. His work was popular, but since it ridiculed the Soviet establishment, was frequently censored. His satiric novel The Heart of a Dog was not published openly in the U.S.S.R. until 1987. Bulgakov's plays including Pushkin and Moliere dealt with artistic freedom. His last novel, The Master and Margarita, was not published until 1966-67 and in censored form. Bulgakov died in Moscow on March 10, 1940.

Mirra Ginsburg was born in Bobruisk, Byelorussia in 1909. As a child, she learned to love books. Folk tales were her favorite type of story, especially those from her native country. She wanted to share the richness, wit, and beauty of the tales with American children and did with her translation work. She died on December 26, 2000. 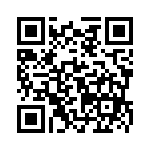