Page 99
But her heads were at rest : the head in the midst was greater than the other , yet
rested it with the residue . Moreover I beheld , and , lo , the eagle flew with her
feathers , and reigned upon earth , and over them that dwelt therein . And I saw ...
Page 101
the right and remained under the head that was upon side : for the four continued
in their place . And I beheld , and , lo , the feathers that were under the wing
thought to set up themselves , and to have the rule . And I beheld , and , lo , there
...
Page 193
Then she came to the pillar of the bed , which was at Holofernes ' head , and took
down his fauchion from thence , and approached to his bed , and took hold of the
hair of his head , and said , Strengthen me , O Lord God of Israel , this day . 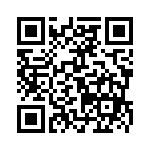