Suvir Kaul, Associate Professor of English at the University of Illinois at Urbana-Champaign, is also the author of Thomas Gray and Literary Authority: A Study in Ideology and Poetics. 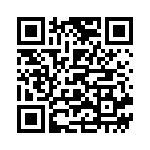