Matthew Levering is Associate Professor of Theology at Ave Maria University. His recent publications include Scripture and Metaphysics: Aquinas and the Renewal of Trinitarian Theology (Blackwell, 2004) and Christ’s Fulfillment of Torah and Temple: Salvation According to Thomas Aquinas (2002). He is co-editor of the journal Nova et Vetera. 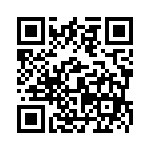