(Review coming soon in the next few weeks; will post the link when finished.) Read full review

Good and plenty: the creative successes of american arts funding

Arts funding policy has dropped off the national public affairs radar in recent years, and much of the remaining debate continues to take the form of knee-jerk pro and con positions. Economist Cowen ... Read full review

Tyler Cowen is professor of economics at George Mason University. His books include Creative Destruction (Princeton) and Create Your Own Economy. He frequently writes for the New York Times, Slate, and the economics blog Marginal Revolution. 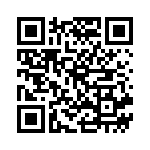