David Cesarani was born in London, England on November 13, 1956. He received a bachelor's degree in history from Cambridge University, a master's degree in Jewish history from Columbia University, and a doctorate in history from Oxford University. He was a scholar of contemporary Jewish history. He taught at the University of Leeds, Queen Mary University of London, the University of Southampton, and Royal Holloway, a constituent college of the University of London. He wrote several books including The Jewish Chronicle and Anglo-Jewry, 1841-1991; The Holocaust; Justice Delayed: How Britain Became a Refuge for Nazi War Criminals; Arthur Koestler: The Homeless Mind; Major Farran's Hat: Murder, Scandal and Britain's War Against Jewish Terrorism, 1945-1948; and Final Solution: The Fate of the Jews, 1933-49. Eichmann: His Life and Crimes was published as Becoming Eichmann: Rethinking the Life, Crimes, and Trial of a 'Desk Murderer' in the United States and received a National Jewish Book Award in 2006. He was named to the Order of the British Empire in 2005 for his work in helping Britain establish Holocaust Memorial Day. He died from complications of recent surgery on October 25, 2015 at the age of 58. 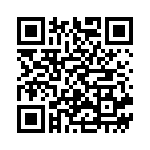