Page 236 - This is the ship of pearl, which, poets feign, Sails the unshadowed main; The venturous bark that flings On the sweet summer wind its purpled wings In gulfs enchanted, where the siren sings And coral reefs lie bare, Where the cold sea-maids rise to sun their streaming Lair.
Appears in 476 books from 1858-2008
Page 170 - Little of all we value here Wakes on the morn of its hundredth year Without both feeling and looking queer. In fact, there's nothing that keeps its youth, So far as I know, but a tree and truth. This is a moral that runs at large; (Take it.
Appears in 408 books from 1858-2008
More
Page 167 - Have you heard of the wonderful one-hoss shay, That was built in such a logical way It ran a hundred years to a day, And then, of a sudden, it ah, but stay, I'll tell you what happened without delay, Scaring the parson into fits, Frightening people out of their wits, — Have you ever heard of that, I say? Seventeen hundred and fifty-five. Georgius Secundus was then alive, — Snuffy old drone from the German hive.
Appears in 515 books from 1858-2008
Page 168 - In panel, or crossbar, or floor, or sill, In screw, bolt, thoroughbrace, — lurking still, Find it somewhere you must and will, Above or below, or within or without, And that's the reason, beyond a doubt, That a chaise breaks down, but doesn't wear out. But the Deacon swore (as Deacons do, With an "I dew vum...
Appears in 409 books from 1858-2008
Page 190 - My listening angel heard the prayer. And, calmly smiling, said, "If I but touch thy silvered hair, Thy hasty wish hath sped. "But is there nothing in thy track To bid thee fondly stay. While the swift seasons hurry back To find the wished-for day?
Appears in 157 books from 1834-2008
Page 237 - Thanks for the heavenly message brought by thee, Child of the wandering sea, Cast from her lap, forlorn! From thy dead lips a clearer note is born Than ever Triton blew from wreathed horn! While on mine ear it rings, Through the deep caves of thought I hear a voice that sings: — Build thee more stately mansions, O my soul, As the swift seasons roll!
Appears in 1281 books from 1844-2008
Page 248 - The wild-flowers who will stoop to number ? A few can touch the magic string, And noisy Fame is proud to win them : — Alas for those that never sing, But die with all their music in them I Nay, grieve not for the dead alone Whose song has told their hearts...
Appears in 236 books from 1844-2007
Page 275 - O Love Divine, that stooped to share Our sharpest pang, our bitterest tear, On Thee we cast each earthborn care, We smile at pain while Thou art near 1 Though long the weary way we tread, And sorrow crown each lingering year, No path we shun, no darkness dread, Our hearts still whispering, Thou art near...
Appears in 282 books from 1857-2008
Page 277 - ... of our life, Thy quickening ray Sheds on our path the glow of day ; Star of our hope, Thy softened light Cheers the long watches of the night.
Appears in 268 books from 1843-2007
Page 208 - HAS there any old fellow got mixed with the boys ? If there has, take him out, without making a noise. Hang the Almanac's cheat and the Catalogue's spite! Old Time is a liar! We're twenty to-night! We're twenty! We're twenty! Who says we are more ? He's tipsy, —young jackanapes ! —show him the door!
Appears in 225 books from 1841-2007
Less

Oliver Wendell Holmes, Sr. (August 29, 1809 - October 7, 1894) was an American physician, poet, professor, lecturer, and author based in Boston. A member of the Fireside Poets, his peers acclaimed him as one of the best writers of the day. His most famous prose works are the "Breakfast-Table" series, which began with The Autocrat of the Breakfast-Table (1858). He was also an important medical reformer. Holmes was a professor of anatomy and physiology at Harvard College for 35 years. His literary fame came relatively early when in 1830 he published a few lines of verse in a Boston newspaper in which he objected to the dismantling of the frigate Constitution, which had served its nation victoriously in the Tripolitan War and the War of 1812. The poem, "Old Ironside," was a great success, both for Holmes as a poet and in saving the frigate. However, his medical studies left Holmes little leisure for literature for the next 25 years. That changed, however, with the publication of an animated series of essays in the newly founded Atlantic Monthly in 1857 and 1858, and afterwards published in book form as The Autocrat of the Breakfast-Table (1858). Not only did these essays help secure the magazine's success, but also brought Holmes widespread popularity. Holmes as an essayist has been compared with all of the great writers in that genre, from Michel de Montaigne to Charles Lamb, but his compositions are closer to conversational than to formal prose. Later volumes---The Professor at the Breakfast-Table (1860), The Poet at the Breakfast-Table (1872), and Over the Teacups (1891)---extend the autocrat's delightfully egotistical talks, mainly of Boston and New England, in which Holmes was, by turns, brilliantly witty and extremely serious. During these same years, he also wrote three so-called medicated novels: Elsie Venner (1861), The Guardian Angel (1867), and A Mortal Antipathy (1885). Though undistinguished as literary documents, they are important early studies of that "mysterious borderland which lies between physiology and psychology," and they demonstrate that Holmes was advanced in his conception of the causes and progress of neuroses and mental disease. Holmes died quietly after falling asleep in the afternoon of Sunday, October 7, 1894. As his son, the U. S. Supreme Court Justice, Oliver Wendell Holmes, Jr., wrote, "His death was as peaceful as one could wish for those one loves. He simply ceased to breathe." Holmes's memorial service was held at King's Chapel and overseen by Edward Everett Hale. Holmes was buried alongside his wife in Mount Auburn Cemetery in Cambridge, Massachusetts. 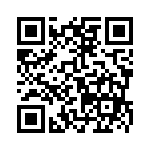