Page 3
CW III: 511 Much about life for a boy growing up two hundred years ago in the secluded Indiana wilderness is lost to us in the shadows of time long past. Shortly before he became president, Lincoln himself filled in some of the broad ...
Page 4
CW III: 511 This first Abraham Lincoln had been a moderately wealthy Virginia landowner who felt the urge to ... While he was clearing a parcel of land—and while his three sons watched—a bullet shot by a Native American ended his life.
Page 5
When she arrived at the Lincoln home with her own three children, she was appalled by the conditions in which her two stepchildren were living. ... CW III: 511 All told, Lincoln probably received only a few months of formal education.
Page 9
CW III: 511 Abe Lincoln was twenty-one when he emerged from the wilderness. That same year, he drove an oxen-pulled wagon that carried him and his family to Illinois, where his father and stepmother settled on a farm ten miles southwest ...
Page 13
You have reached your viewing limit for this book.
Next »

This book was a refreshing, eye opening, outstanding presentation of the works of a very intelligent man with unwavering principle and character. Glad I bought and read this book!! Read full review 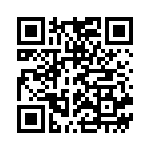