Page 317
The words ( of the text ] are part of a Dialogue , of a Conference , betweene Christ
, and a man who proposed a question to him ; to whom Christ makes an answer
by way of another question , Why 971 C refers to Contra Celsum the only very ...
Page 884
And therefore , for that One , to give Existence to all other Beings ; that is , to be
Omnipotent . This is an attempted Unfolding , or evolution of the ideas ,
contemplable in the Idea , God — but the question is , whether ( the Unity ) the
IDEA be not ...
Page 1156
abuse of his intellectual superiority not to use a portion of it in stating his Christian
Opponents ' cause , his Breethers'ren's ( tho ' dissentient & perhaps erring , yet
still Brothersethren's ) Side of the question , not as they had stated and argued it ... 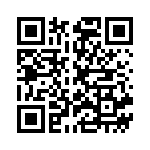