Page 284
It will at once be seen , however , why mind , just from its greater simplicity than matter , should contribute so much less to the support of natural theism , of that definite and mathematical evidence which is founded on combination .
Page 289
If , in some respects , the phenomena of mind tell us less decisively than the phenomena of matter , of the existence of God , they tell us far more distinctly and decisively of His attributes . We have already said that , from the ...
Page 396
Conscience , the longer it has made way over the obstacles of selfishness and passion — the less will it give way to these adverse forces , themselves weakened by the repeated defeats , which they have sustained in warfare of moral ... 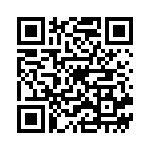