Taking English culture as its representative sample, The Secret History of Domesticity asks how the modern notion of the public-private relation emerged in the seventeenth and eighteenth centuries ... Read full review

Michael McKeon is Board of Governors Professor of Literature at Rutgers University, the author of Politics and Poetry in Restoration England and The Origins of the English Novel, and the editor of Theory of the Novel. 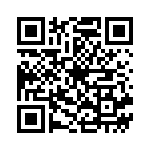