Page 45
The poor useth intreaties ; But the rich answereth roughly. A man that hath friends
must shew himself friendly: And there is a friend that sticketh closer than a brother
. Better is the poor that walketh in his integrity, Than he that is perverse in his ...
Page 55
He that hath a bountiful eye shall be blessed ; For he giveth of his bread to the
poor. Cast out the scorner, and contention shall go out; Yea, strife and reproach
shall cease. He that loveth pureness of heart, For the grace of his lips the king
shall ...
Page 70
A poor man that oppresseth the poor Is like a sweeping rain which leaveth no
food. They that forsake the law praise the wicked: But such as keep the law
contend with them. Evil men understand not judgment: But they that seek the
Lord ...
Page 73
He that giveth unto the poor shall not lack : But he that hideth his eyes shall have
many a curse. When the wicked rise, men hide themselves : But when they perish
, the righteous increase. He, that being often reproved hardeneth his neck ...
Page 100
This wisdom have I seen also under the sun, and it seemed great unto me: there
was a little city, and fewmen within it ; and there came agreat king against it, and
besieged it, and built great bulwarks against it : now there was found in it a poor ...

After readig this book I asked myself the following:
How to Lose Weight Fast ?
How to Lose Weight the Healthy Way?
Lose 35 lbs in 4 weeks ! I found Cathy successful story on this blog
==>> http://herbsin.com/CathysWeightLossDiet.html
She inspired me with a real example!
Some excerpts from her diary:
- yoga clothing plus size
- exercises of abdominal list the best
- food nutrition uk
- intermediate yoga positions
- nordic flex gold exercise equipment

Page 211 - And a man shall be as an hiding place from the wind, And a covert from the tempest; As rivers of water in a dry place, As the shadow of a great rock in a weary land.
Appears in 883 books from 1611-2007
Page 295 - As for me, this is my covenant with them, saith the Lord; My Spirit that is upon thee, and my words which I have put in thy mouth, shall not depart out of thy mouth, nor out of the mouth of thy seed, nor out of the mouth of thy seed's seed, saith the Lord, from henceforth and for ever.
Appears in 967 books from 1611-2008
More
Page 298 - The sun shall be no more thy light by day ; Neither for brightness shall the moon give light unto thee: But the Lord shall be unto thee an everlasting light, And thy God thy glory.
Appears in 925 books from 1611-2008
Page 189 - And in this mountain shall the Lord of Hosts make unto all people a feast of fat things, a feast of wines on the lees, of fat things full of marrow, of wines on the lees well refined. And he will destroy in this mountain the face of the covering cast over all people, and the veil that is spread over all nations.
Appears in 842 books from 1611-2008
Page 292 - BEHOLD, the Lord's hand is not shortened, that it cannot save; Neither his ear heavy, that it cannot hear: But your iniquities have separated between you and your God, And your sins have hid his face from you, that he will not hear.
Appears in 725 books from 1611-2008
Page 276 - How beautiful upon the mountains are the feet of him that bringeth good tidings, that publisheth peace; That bringeth good tidings of good, that publisheth salvation ; That saith unto Zion, Thy God reigneth!
Appears in 928 books from 1611-2008
Page 242 - And I will bring the blind by a way that they knew not; I will lead them in paths that they have not known: I will make darkness light before them, and crooked things straight. These things will I do unto them, and not forsake them.
Appears in 892 books from 1611-2008
Page 76 - Two things have I required of thee ; deny me them not before I die. Remove far from me vanity and lies ; give me neither poverty nor riches ; feed me with food convenient for me : lest I be full and deny thee, and say, Who is the Lord ? or lest I be poor and steal, and take the name- of my God in vain.
Appears in 1020 books from 1611-2008
Page 137 - Woe unto them that call evil good, and good evil; That put darkness for light, and light for darkness ; That put bitter for sweet, and sweet for bitter!
Appears in 828 books from 1584-2008
Page 192 - Thy dead men shall live, Together with my dead body shall they arise. Awake and sing, ye that dwell in dust: For thy dew is as the dew of herbs, And the earth shall cast out the dead.
Appears in 999 books from 1611-2008
Less 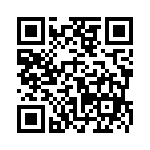