Page 150
Signs are frequently omitted in these texts, perhaps, as Lacau and Lauer
suggested, because they were carved over texts written in ink or paint and the
failure to carve a sign was not noticeable while the color remained.26 None of
the kings ...
Page 165
For example, Lacau and Lauer, Pyramide a degr6s IV, pl. 6: #26, #27, #28. 105.
For example, Petrie, Royal Tombs II, pl. 8:12. example that Kaplony cited is to be
read jtj, it PHYLES IN THE ARCHAIC PERIOD: A CORPUS OF EVIDENCE 165.
Page 172
Lacau and Lauer, and also Helck,127 took both bird signs to be wr, but a
comparison of both with the clear wr signs in example F:5 shows that the signs in
F:l are to be read nds. Helck also read the top of the right column as "die beiden
Herren ... 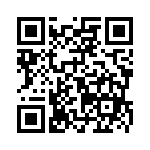