Born in Arpinum on January 3, 106 B.C., Marcus Tullius Cicero was a Roman orator, writer, and politician. In Rome, Cicero studied law, oratory, philosophy, and literature, before embarking on a political career. Banished from Rome in 59 B.C. for the execution of some members of the Catiline group, Cicero devoted himself to literature. Cicero was pardoned by Julius Caesar in 47 B.C., and returned to Rome to deliver his famous speeches, known as the "Philippics," urging the senate to declare war on Marc Antony. Cicero's chief works, written between 46 and 44 B.C., can be classified in the categories of philosophical works, letters, and speeches. The letters, edited by his secretary Tiro, showcase a unique writing style and charm. The most popular work of the period was De Officiis, a manual of ethics, in which Cicero espoused fundamental Christian values half a century before Christ. Cicero was murdered in Formiae, Italy, on December 4, 43 B.C., by Antony's soldiers after the triumvirate of Antony, Lepidus, and Octavius was formed. 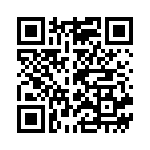