While the description makes the reader envision a book about cops and mobsters, this is really a history of LA and the LAPD using mobster Mickey Cohen as the primary antagonist. As a history of the ... Read full review

JOHN BUNTIN is a staff writer at Governing magazine, where he covers crime and urban affairs. A native of Mississippi, Buntin graduated from Princeton University’s Woodrow Wilson School of Public and International Affairs and has worked as a case writer for Harvard University’s John F. Kennedy School of Government. A former resident of Southern California, he now lives in Washington, D.C., with his family. 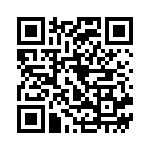