Page iii
... for popular use , should consist of words expressing the sense which is most
common , in popular usage , so that the first ideas suggested to the reader should
be the true meaning of such words , according to the original languages .
Page 107
24 Of the children of Gad , by their generations , after their families , by the house
of their fathers , according to the number of the names , from twenty years old and
upward , all that were able to go forth to war ; 25 Those that were numbered of ...
Page 133
1. according to those that were numbered bites : of Shimron , the family of the of
them were sixty and four thousand and ... the families of Issachar 44 Of the
children of Asher after their according to those that were numbered families : of
Jimna ...
Page 189
Before the going up of Adummim , and descendCHRIST , children of Zebulun
according to their ed to a the stone of Bohan the son of Reu 1444 . families : and
the border of their inherben , litance was to Sarid : 18 And passed along towards
...
Page 319
624 . the sight of the LORD , according to all 19 And all the houses also of the
high that his fathers had done . places that were in the cities of Samaria , 33 And
Pharaoh - nechoh put him in which the kings of Israel had made to 10 Heb .
bands ...
Next »

This appears to be a fair copy of Websters revision of 1833, but pages 897 to 907 (Ren 4:10 to 22:21) are missing. A Better copy titled "The holy Bible, in the common version, with amendments of the language, by N. Webster" found at http://books.google.com/books/about/The_holy_Bible_in_the_common_version_wit.html?id=-UtbAAAAQAAJ
is the same version and is complete.

Page 439 - As we have heard, so have we seen in the city of the LORD of hosts, in the city of our God : God will establish it for ever.
Appears in 570 books from 1796-2008
Page 475 - Let the righteous smite me; it shall be a kindness: and let him reprove me; it shall be an excellent oil, which shall not break my head: for yet my prayer also shall be in their calamities.
Appears in 441 books from 1793-2007
More
Page 437 - I WAITED patiently for the Lord ; And he inclined unto me, and heard my cry. He brought me up also out of an horrible pit, out of the miry clay, And set my feet upon a rock, and established my goings.
Appears in 739 books from 1800-2008
Page 401 - And it was so, when the days of their feasting were gone about, that Job sent and sanctified them, and rose up early in the morning, and offered burnt offerings according to the number of them all: for Job said, It may be that my sons have sinned, and cursed God in their hearts. Thus did Job continually.
Appears in 482 books from 1805-2007
Page 57 - ... Now therefore, if ye will obey my voice indeed, and keep my covenant, then ye shall be a peculiar treasure unto me above all people: for all the earth is mine: 6 And ye shall be unto me a kingdom of priests, and an holy nation. These are the words which thou shalt speak unto the children of Israel.
Appears in 397 books from 1802-2007
Page 309 - But he walked in the way of the kings of Israel, yea, and made his son to pass through the fire, according to the abominations of the heathen, whom the LORD cast out from before the children of Israel. 4 And he sacrificed and burnt incense in the high places, and on the hills, and under every green tree.
Appears in 273 books from 1802-2007
Page 382 - The remnant that are left of the captivity there in the province are in great affliction and reproach: the wall of Jerusalem also is broken down, and the gates thereof are burned with fire. 4 And it came to pass, when I heard these words, that I sat down and wept, and mourned certain days, and fasted, and prayed before the God of heaven...
Appears in 368 books from 1705-2007
Page 51 - And he called for Moses and Aaron by night, and said, Rise up, and get you forth from among my people, both ye and the children of Israel; and go, serve the LORD, as ye have said. Also take your flocks and your herds, as ye have said, and be gone; and bless me also.
Appears in 321 books from 1799-2007
Page 228 - And the people said unto Saul, Shall Jonathan die, who hath wrought this great salvation in Israel ? God forbid: as the LORD liveth, there shall not one hair of his head fall to the ground; for he hath wrought with God this day. So the people rescued Jonathan, that he died not.
Appears in 323 books from 1730-2007
Page 8 - And surely your blood of your lives will I require: at the hand of every beast will I require it, and at the hand of man; at the hand of every man's brother will I require the life of man. 6 Whoso sheddeth man's blood, by man shall his blood be shed: for in the image of God made he man.
Appears in 654 books from 1717-2008
Less 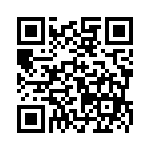