Page 119
As opposed to Husserl, however, Schutz came to stress— after his move to New
York— the interactive basis of subjectivity, a theme that eventually led to an effort
to combine phenomenology with aspects of symbolic interactionism (i.e., G. H. ...
Page 120
Pragmatism is familiar to social science primarily through its offspring symbolic
interactionism, which emerged as a form of ... The notion of the social (
interactionist) construction of the subject (self) through language provided the
basis of an ...
Page 371
... theory of, 33n., 133, 191 (political), 315-320 (contexts of) Practices (social), 58
Pragmatic interactionism (see Symbolic interactionism) Pragmatics (see
Universal pragmatics) Pragmatism (see also Neopragma- tism), 73, 145-146, 156
-157, ... 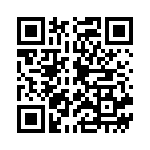