Karen L. Kilcup is Professor of American literature at the University of North Carolina at Greensboro. The recipient of a US national Distinguished Teacher award in 1987, Professor Kilcup has been named the Davidson Eminent Scholar Chair in the Humanities at Florida International University for Fall 2000. She is the author or editor of six books on American literature and culture, including Soft Canons: American Women Writers and Masculine Tradition (1999), Robert Frost and Feminine Literary Tradition (1998), and Nineteenth-Century American Women Writers: An Anthology (1997). 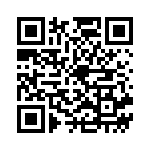