Spencer Wells is an entrepreneur and an adjunct professor at the University of Texas. He is the author of Deep Ancestry and Pandora's Seed. 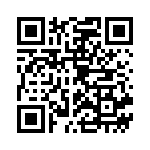