A friend started me on this series, now I can't put it down. I bought the last 6 books myself. Read full review

This series is absolutely incredible. Masterfully written this cross-genre series is addictive and spellbinding. Two words people: READ IT! You won't be disappointed. Read full review

L. A. BANKS is the author of the Vampire Huntress Legend series and the Crimson Moon Novels. She had a bachelor's degree from the University of Pennsylvania's Wharton School of Business and a master's in fine arts from Temple University. Banks considered herself a shape-shifter. She wrote romance, women's fiction, crime and suspense, and of course, dark vampire huntress lore. She lived with her daughter in an undisclosed lair somewhere in Philadelphia. 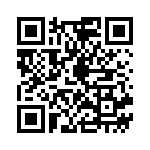