Stephen G. Alter, professor of history at Gordon College, Massachusetts, is the author of Darwinism and the Linguistic Image, also available from Johns Hopkins. 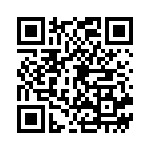