Spencer Wells was formerly head of the population genetics research group at Oxford University's Wellcome Trust Centre for Human Genetics and is currently a consultant to the biotechnology industry. The writer and presenter of the science film The Journey of Man, he has been a consulting scientist for several other film productions. 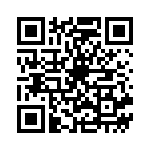