Raphael Sassower, Professor of Philosophy at the University of Colorada, Colorado Springs, is author of Technoscientific Angst: Ethics and Responsibility and Cultural Collisions: Postmodern Technoscience. Louis Cicotello is Professor of Visual and Performing Arts at the University of Colorado, Colorado Springs, where he teaches studio and art history classes. 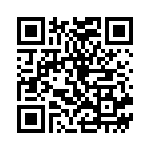