Page 1
A couple of years later Waever went a step further in the anthology Identity,
Migration and the New Security Agenda in Europe, arguing that the five-
dimensional approach was not tenable any more as a framework for societal
security (1993: ...
Page 255
It seems that the cultures of the main Yugoslav nations were not able to defend
themselves with their own culture (according to Waever and Kelstrup, cultures
defend themselves with culture110) because they had already become political ...
Page 305
Waever, Ole (1993), "Societal security: the concept", in Ole Waever, Barry Buzan,
Morten Kelstrup and Pierre Lemaitre (eds), Identity, Migration and the New
Security Agenda in Europe, London: Pinter Publishers Ltd. Waever, Ole (1994), ... 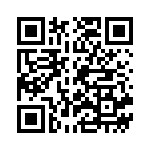