Page 58
I sent Murtuzan Pasha to Mohammed together with other Muslims at Sziget . But I
myself fell where the viceroy and the city fell , God has given me life in heavens
for this death . 55 The epitaph for Murtuzan Pasha is essentially identical to that ...
Page 102
5 They were killed by Croats , Germans , Albanians , Muslims , Hungarians ,
Italians , Soviet forces , and , last but not least , other Serbs . They were also
killed by bombing , including Allied air attacks , political liquidations , and various
...
Page 203
tries where Muslims constitute the majority of the population ” ( 37 ) , but at the
time Izetbegović wrote it he could expect that the Muslims ' high birthrate would
make them a majority in Bosnia within a few decades . He also stated that “ There
is ... 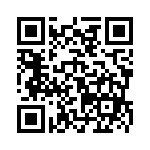