Bill Wilson is the founder and director of Metro Inner City Children’s Campaign reaching over 20,000 people each week. His progressive mission is to find and rescue the children left behind in this battleground of drugs, violence, abuse, and filth. Bill Wilson’s model for changing lives of urban youth is now in operation in hundreds of cities around the world.

The curriculum developed by Bill Wilson is utilized in over 1000 cities around the world. And Bill Wilson’s unique concept for reaching children has been established in dozens of cities across the United States and around the world from Northern Ireland to Malaysia, and from Peru to the Philippines. 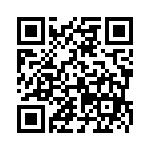