Page 135
If modern humans reached southern Siberia around 40 , 000 years ago , as the
genetic and archaeological data suggest ... Whatever the reason , the earliest
north - eastern Siberian sites , such as that at Dyuktai , south - east of Yakutsk ,
and ...
Page 139
It appears to have arisen in central Asia or southern Siberia around 20 , 000
years ago , and is distributed across Asia , from southern India to China to ... It is
found at highest frequency in Siberia , and thus it could be called a Siberian
marker .
Page 144
... this group , and it is likely that it arose as a subset of the M242 - bearing
Siberian clan , who took on a coastal lifestyle . ... walrus and seal – but their
genetic lineages tie them back to their ancestors in Siberia , the tundra - dwelling
mammoth ... 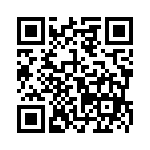