I wanted to read a book that many consider to be Agnon’s masterpiece, as well as others who claim it to be one of the finest examples of modern Hebrew literature. I was not disappointed at all. It ... Read full review

Never before available in English, a masterpiece of the picaresque by the Nobel laureate who is arguably the greatest novelist in modern Hebrew. Fifty-five years after this epic tale's initial ... Read full review

S. Y. Agnon (1887-1970) was born Shmuel-Yoysef Tshatshkes in the Jewish town of Butshatsh in eastern Galicia, formerly a Polish region. In 1908 he went with the Second Aliya to Palestine, where he published several early masterpieces in Hebrew. In 1912-1924 he lived in Germany and was regularly supported by the publisher and Zionist Sh.-Z. Schocken. From 1924 Agnon lived mostly in Jerusalem. In 1966 he was awarded the Nobel Prize in Literature. Among his works translated into English are A Simple Story, The Bridal Canopy, Days of Awe, In the Heart of the Seas, and Shira. 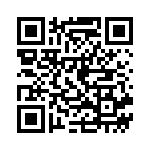