Born in Ottery St. Mary, England, in 1772, Samuel Taylor Coleridge studied revolutionary ideas at Cambridge before leaving to enlist in the Dragoons. After his plans to start a communist society in the United States with his friend Robert Southey, later named poet laureate of England, were botched, Coleridge instead turned his attention to teaching and journalism in Bristol. Coleridge married Southey's sister-in-law Sara Fricker, and they moved to Nether Stowey, where they became close friends with William and Dorothy Wordsworth. From this friendship a new poetry emerged, one that focused on Neoclassic artificiality. In later years, their relationship became strained, partly due to Coleridge's moral collapse brought on by opium use, but more importantly because of his rejection of Wordworth's animistic views of nature. In 1809, Coleridge began a weekly paper, The Friend, and settled in London, writing and lecturing. In 1816, he published Kubla Kahn. Coleridge reported that he composed this brief fragment, considered by many to be one of the best poems ever written lyrically and metrically, while under the influence of opium, and that he mentally lost the remainder of the poem when he roused himself to answer an ill-timed knock at his door. Coleridge's The Rime of the Ancient Mariner, Christabel, and his sonnet Ozymandias are all respected as inventive and widely influential Romantic pieces. Coleridge's prose works, especially Biographia Literaria, were also broadly read in his day. Coleridge died in 1834.

During his lifetime, Longfellow enjoyed a popularity that few poets have ever known. This has made a purely literary assessment of his achievement difficult, since his verse has had an effect on so many levels of American culture and society. Certainly, some of his most popular poems are, when considered merely as artistic compositions, found wanting in serious ways: the confused imagery and sentimentality of "A Psalm of Life" (1839), the excessive didacticism of "Excelsior" (1841), the sentimentality of "The Village Blacksmith" (1839). Yet, when judged in terms of popular culture, these works are probably no worse and, in some respects, much better than their counterparts in our time. Longfellow was very successful in responding to the need felt by Americans of his time for a literature of their own, a retelling in verse of the stories and legends of these United States, especially New England. His three most popular narrative poems are thoroughly rooted in American soil. "Evangeline: A Tale of Acadie" (1847), an American idyll; "The Song of Hiawatha" (1855), the first genuinely native epic in American poetry; and "The Courtship of Miles Standish" (1858), a Puritan romance of Longfellow's own ancestors, John Alden and Priscilla Mullens. "Paul Revere's Ride," the best known of the "Tales of a Wayside Inn"(1863), is also intensely national. Then, there is a handful of intensely personal, melancholy poems that deal in very successful ways with those themes not commonly thought of as Longfellow's: sorrow, death, frustration, the pathetic drift of humanity's existence. Chief among these are "My Lost Youth" (1855), "Mezzo Cammin" (1842), "The Ropewalk" (1854), "The Jewish Cemetery at Newport" (1852), and, most remarkable in its artistic success, "The Cross of Snow," a heartfelt sonnet so personal in its expression of the poet's grief for his dead wife that it remained unpublished until after Longfellow's death. A professor of modern literature at Harvard College, Longfellow did much to educate the general reading public in the literatures of Europe by means of his many anthologies and translations, the most important of which was his masterful rendition in English of Dante's Divine Comedy (1865-67). 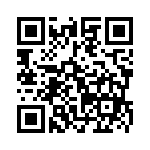