Page 8
Finally , to the host of others — too numerous to mentionwho answered evangelistic questionnaires , pointed me to obscure and ancient reference works , and who offered constructive criticism , thank you .
Page 15
Significantly , too , helpful counsel is offered as to how the invitation can be handled , describing the pros and cons of different approaches . Believing that one will find here a wealth of practical information and encouragement ...
Page 29
He was God's Lamb who was sacrificed as a sin offering for the world ( John 1:29 ) . Second , “ he was buried ” ( v . 4 ) . This is proof that Christ was indeed dead . He did not swoon into some comatose state , suspended between life ...
Page 30
So often evangelical preachers exhort their listeners to embrace the doctrine of the atonement rather than the Christ who offered His life as an atonement . The One who died as Savior has risen , and is Lord .
Page 32
... and according to God's grace , the Father offered man forgiveness of sins . General William Booth , founder of the Salvation Army , once described great preaching as “ preaching damnation ' with a cross at the center of it .
Next »

Page 56 - And it came to pass, as soon as he came nigh unto the camp, that he saw the calf, and the dancing : and Moses' anger waxed hot, and he cast the tables out of his hands, and brake them beneath the mount.
Appears in 711 books from 1694-2008
Page 78 - And they spake unto him the word of the Lord, and to all that were in his house. And he took them the same hour of the night, and washed their stripes; and was baptized, he and all his, straightway. And when he had brought them into his house, he set meat before them, and rejoiced, believing in God with all his house.
Appears in 990 books from 1734-2008
More
Page 231 - Jesus heard that they had cast him out ; and when he had found him, he said unto him, Dost thou believe on the Son of God ? 36 He answered and said, Who is he, Lord, that I might believe on him?
Appears in 838 books from 1755-2008
Page 68 - The kingdom of Heaven is like unto a certain king, which made a marriage for his son, and sent forth his servants to call them that were bidden to the wedding: and they would not come.
Appears in 1198 books from 1701-2008
Page 121 - But if our gospel be hid, it is hid to them that are lost ; in whom the god of this world hath blinded the minds of them which believe not, lest the light of the glorious gospel of Christ, who is the image of God, should shine unto them.
Appears in 896 books from 1689-2008
Page 77 - And as they went on their way they came unto a certain water, and the eunuch said, "See, here is water, what doth hinder me to be baptized ?" And Philip said, "If thou believeth with all thine heart thou mayest." And he answered and said, "I believe that Jesus Christ is the Son of God.
Appears in 811 books from 1651-2008
Page 59 - And when Jesus came to the place, he looked up, and saw him, and said unto him, Zaccheus, make haste, and come down; for to-day I must abide at thy house.
Appears in 1019 books from 1755-2008
Page 61 - Then he called for a light, and sprang in, and came trembling, and fell down before Paul and Silas, and brought them out, and said, " Sirs, what must I do to be saved ?w and they said, " Believe on the Lord Jesus Christ, and thou shalt be saved, and thy house.
Appears in 722 books from 1734-2008
Page 53 - Now it was not written for his sake alone, that it was imputed to him; but for us also, to whom it shall be imputed, if we believe on him that raised up Jesus our Lord from the dead; who was delivered for our offences, and was raised again for our justification.
Appears in 955 books from 1748-2008
Page 57 - LORD God of Abraham, Isaac, and of Israel, let it be known this day that thou art God in Israel, and that I am thy servant, and that I have done all these things at thy word. Hear me, O LORD, hear me, that this people may know that thou art the LORD God, and that thou hast turned their heart back again.
Appears in 848 books from 1730-2008
Less 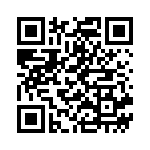