Page 195 - While he yet spake, behold, a bright cloud overshadowed them: and behold a voice out of the cloud, which said, This is my beloved Son, in whom I am well pleased; hear ye him. And when the disciples heard it, they fell on their face, and were sore afraid. And Jesus came and touched them, and said, Arise, and be not afraid. And when they had lifted up their eyes, they saw no man, save Jesus only.
Appears in 770 books from 1755-2008
Page 310 - And the third day there was a marriage in Cana of Galilee; and the mother of Jesus was there: and both Jesus was called, and his disciples, to the marriage. And when they wanted wine, the mother of Jesus saith unto him, "They have no wine." The wedding feast at Jesus saith unto her, "Woman, what have I to do with thee? mine hour is not yet come.
Appears in 1006 books from 1701-2008
More
Page 57 - For I will pass through the land of Egypt this night, and will smite all the firstborn in the land of Egypt, both man and beast; and against all the gods of Egypt I will execute judgment: I am the Lord...
Appears in 675 books from 1730-2008
Page 203 - For the kingdom of heaven is like unto a man that is an householder, which went out early in the morning to hire labourers into his vineyard.
Appears in 820 books from 1701-2008
Page 195 - And after six days Jesus taketh Peter, James, and John his brother, and bringeth them up into an high mountain apart, and was transfigured before them : and His face did shine as the sun, and His raiment was white as the light.
Appears in 753 books from 1701-2008
Page 219 - His lord said unto him, Well done, thou good and faithful servant ; thou hast been faithful over a few things, I will make thee ruler over many things : enter thou into the joy of thy lord.
Appears in 684 books from 1755-2008
Page 224 - And as they were eating, Jesus took bread, and blessed it, and brake it, and gave it to the disciples, and said, Take, eat; this is My body. And He took the cup, and gave thanks, and gave it to them, saying, Drink ye all of it; for this is My blood of the new testament, which is shed for many for the remission of sins.
Appears in 1095 books from 1780-2008
Page 210 - Jesus saith unto them, Did ye never read in the scriptures, The stone which the builders rejected, the same is become the head of the corner : this is the Lord's doing, and it is marvellous in our eyes? Therefore say I unto you, The kingdom of God shall be taken from you, and given to a nation bringing forth the fruits thereof.
Appears in 830 books from 1747-2008
Page 292 - A certain man had two sons : and the younger of them said to his father, Father, give me the portion of goods that falleth to me.
Appears in 1211 books from 1701-2008
Page 220 - Then he which had received the one talent came and said, Lord, I knew thee that thou art an hard man, reaping where thou hast not sown, and gathering where thou hast not strawed : 25 And I was afraid, and went and hid thy talent in the earth: lo, there thou hast that is thine.
Appears in 1041 books from 1701-2008
Less

As a descendant of European settlers in and native of Hawaii with over six decades of international living, the author has actively pursued his interests as a commercial pilot and flight instructor, linguist, free-lance writer and photographer, scuba diver, globetrotter. He studied and worked in Europe, trekked from India to Iran, climbed Mt. Kilimanjaro, worked on a kibbutz in Israel, attended language courses in Spain and Russia. He has sailed the Bahamas, made four parachute jumps and has dived extensively on wrecks in Micronesia. For an extensive look at the author's background, visit him on Facebook at David Alan Kraul or Live Now Die Later A Book for the Sensitive Mind and Rugged Individualist. You can also peruse the research for this book by googling Moon Theism Facts. 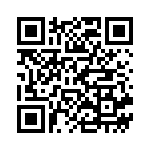