Page 20
In 1543 , Calvin composed and published Defensio , sanae et orthodoxae doctrinae ... , a reply to Albertus Pighius , who , in 1542 , had attached Calvin's doctrine of predestination , teaching instead , a doctrine of freedom of the will ...
Page 152
Paul said that man is purified , separated , and saved grace of God , not of himself ; James on the other hand , appeared to teach a doctrine of works by which man purified , separated , and saved himself through good works .
Page 153
Luther , an Augustinian monk , in trying to salvage the doctrine of his master , enunciated the doctrine of justification by faith , which became the primary point of his doctrine , and essential to Protestantism . 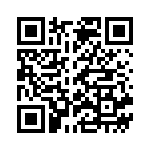