wonderful gift for my pastor

I bought this book as a Christmas gift for my pastor. She has said she wished she knew more about Josephus' writings because they are quoted in so many references. She thought the book would be too ... Read full review

I bought this book as a Christmas gift for my pastor. She has said she wished she knew more about Josephus' writings because they are quoted in so many references. She thought the book would be too ... Read full review

William Whiston (1662-1752), translator, was an English mathematician and historian who succeeded Isaac Newton as the Lucasian Professor of Mathematics at the University of Cambridge.

Paul L. Maier is the former Russell H. Seibert Professor of Ancient History (retired) at Western Michigan University and an award-winning author who expertise in first-century studies and extensive travels in the Middle East and Asia Minor provide historical authenticity and compelling drama to his writing. His other writings include the best-selling novel A Skeleton in God's Closet. 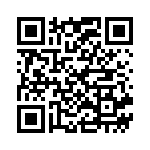