Page 79
When he was moved with these words , they said that “ Pheroras supped with his
wife the day before he fell sick ; and that a certain potion was brought him in such
a sort of food as he was not used to eat . But that when he had eaten he died of ...
Page 81
The potion , " said she , " was brought out of Egypt by Antiphilus ; and his brother ,
who was a physician , had procured it : and when Theudion brought it us , I kept it
, upon Pheroras committing it to me , and it was prepared by Antipater for thee ...
Page 433
The king , when she was brought to him , took care of her : ( for she was at first
quite senseless upon her fall ; ) and asked , why she had thrown herself down ?
and gave hier his oath , that is she would speak the real truth , he would excuse
her ...

26 other sections not shown 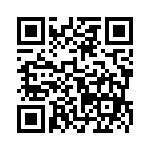