William L. Andrews was born in 1946. He earned his B.A. from Davidson College in 1968. He received his M.A. in 1970 and Ph.D. in 1973, respectively, from the University of North Carolina-Chapel Hill, where he is currently the E. Maynard Adams Professor of English. His first book, The Literary Career of Charles W. Chesnutt, published in 1980, deals with a seminal figure in the development of African American and Southern American prose fiction. While researching To Tell a Free Story, a history of African American autobiography up to 1865, Andrews became greatly interested in autobiography studies. Since 1988 he has been the general editor of a book series, titled Wisconsin Studies in Autobiography, which is published by the University of Wisconsin Press. Since the mid-1980's he has done a considerable amount of editing of African American and southern literature and criticism. The fruition of this work has been The Norton Anthology of African American Literature, published in 1997, The Oxford Companion to African American Literature, also published in 1997, and The Literature of the American South: A Norton Anthology, three big collaborative projects that Andrews has co-edited. He went on to be the series editor of North American Slave Narratives, Beginnings to 1920, a complete digitized library of autobiographies and biographies of North American slaves and ex-slaves, funded by the National Endowment for the Humanities, Ameritech, and the University of North Carolina at Chapel Hill. 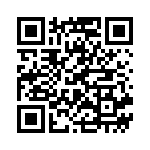