Page 394
And when Bacchides saw himself encom- should treat with him first , and gain
assistance passed with enemies , he fell into despair , as con- from him . And this
he did out of the fear he had , founded at the unexpected ill success of his siege ...
Page 402
Demetrius made an- victory , he sent them away to Jerusalem , to Jonaswer , that
after the war , which he was now deeply than , with an ample testimony of the
assistance engaged in , he would not only grant him that , but they had afforded ...
Page 779
Yet durst he not directly name what be slain therein . foreign assistance he meant
; but in a covert But now this Johin , as if his oath had been way only hinted at the
Idumeans . But now that made to the zealots , and for confirmation of his he ... 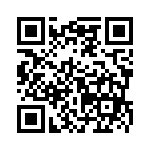