Page 15
... because they implied a contradiction , or at least involved such a number of
difficulties as it was impossible satisfactorily to solve . The chief of those
difficulties they propose to our blefled Saviour in the passage which I have read ;
and they ...
Page 17
But because. is writings : “ Master , Moses wrote unto us . ” The most prnicious
designs , the most malevolent purposes , are freiently found to clothe themselves
in smiles ; often while ischief lies brooding in men ' s hearts , “ their words are ...
Page 52
... with carelessness or unkindness , because he admits into the system of his
works , or into his moral government of the universe , what ignorance calls
diforder , what presumption cries down as unnecessary , and pride condemns as
unjust .
Page 98
More probably , because that , till then , the animal was considered as too near a
state of imperfection or impurity . It was not to exceed one year ; because to that
age it retains its lamb - like harmlessness and fimplicity . Superstition , which is ...
Page 159
Of sentiments purely religious , it will be found at the most simple expression is
the most sublime . etry loses its lustre and its power , because it is ap . ed to the
decoration of something more excellent na itself . All that verse can do is to help
the ...
Next »

Page 127 - And the LORD went before them by day in a pillar of a cloud, to lead them the way; and by night in a pillar of fire, to give them light; to go by day and night: he took not away the pillar of the cloud by day, nor the pillar of fire by night, from before the people.
Appears in 1461 books from 1705-2008
Page 115 - Above it stood the Seraphims: each one had six wings; with twain he covered his face, and with twain he covered his feet, and with twain he did fly.
Appears in 1054 books from 1611-2008
More
Page 227 - For none of us liveth to himself, and no man dieth to himself. For whether we live, we live unto the Lord; and whether we die, we die unto the Lord: whether we live therefore, or die, we are the Lord's.
Appears in 1095 books from 1694-2008
Page 17 - For all the promises of God in him are yea, and in him Amen, unto the glory of God by us.
Appears in 599 books from 1737-2008
Page 10 - Blessed be the LORD, who hath delivered you out of the hand of the Egyptians, and out of the hand of Pharaoh, who hath delivered the people from under the hand of the Egyptians.
Appears in 491 books from 1705-2008
Page 97 - Therefore let us keep the feast, not with old leaven, neither with the leaven of malice and wickedness; but with the unleavened bread of sincerity and truth.
Appears in 762 books from 1725-2008
Page 180 - Your fathers did eat manna in the wilderness, and are dead. This is the Bread Which cometh down from Heaven, that a man may eat thereof, and not die. I am the Living Bread Which came down from Heaven : if any man eat of this Bread, he shall live for ever : and the Bread That I will give is My Flesh, Which I will give for the life of the world.
Appears in 1210 books from 1625-2008
Page 205 - Elias was a man subject to like passions as we are, and he prayed earnestly that it might not rain: and it rained not on the earth by the space of three years and six months. And he prayed again, and the heaven gave rain, and the earth brought forth her fruit.
Appears in 613 books from 1707-2008
Page 119 - And Moses was not able to enter into the tent of the congregation, because the cloud abode thereon, and the glory of the LORD filled the tabernacle.
Appears in 427 books from 1694-2007
Page 173 - Who needeth not daily, as those high priests, to offer up sacrifice, first for His own sins, and then for the people's : for this He did once, when He offered up Himself.
Appears in 556 books from 1739-2008
Less 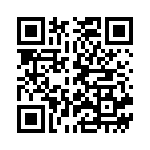