William Whiston (9 December 1667 - 22 August 1752) was an English theologian, historian, and mathematician Titus Flavius Josephus (37 - c. 100), born Joseph ben Matityahu, was a first-century Romano-Jewish scholar, historian and hagiographer, who was born in Jerusalem-then part of Roman Judea-to a father of priestly descent and a mother who claimed royal ancestry. 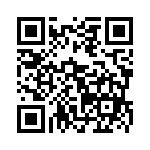