Popular-level but authoritative account of discoveries in cosmology's golden age (which we are privileged to be in the middle of). Read full review

Charles Seife is the author of five previous books, including Proofiness and Zero, which won the PEN/Martha Albrand Award for first nonfiction and was a New York Times notable book. He has written for a wide variety of publications, including The New York Times, Wired, New Scientist, Science, Scientific American, and The Economist. He is a professor of journalism at New York University and lives in New York City. 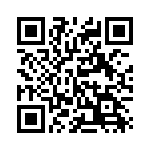