Scintillating exposure of what was going on behind the scenes. Step by step efforts to continue the connection between religious factions and the US government. Felt like I was reading an indictment ... Read full review

The cover of The Fall of the House Bush with its pictures of the president in various poses & the sub-title, "The untold story of how a band of true believers seized the executive branch, started the ... Read full review

Page 218 - I really believe that the pagans, and the abortionists, and the feminists, and the gays and the lesbians who are actively trying to make that an alternative lifestyle, the ACLU, People For the American Way, all of them who have tried to secularize America. I point the finger in their face and say "you helped this happen.
Appears in 208 books from 1865-2008
Page 22 - You are the light of the world. A city set on a hill cannot be hid.
Appears in 456 books from 1823-2008
More
Page 221 - Authorization for Use of Military Force'. "Sec. 2 Authorization for use of United States Armed Forces. "(a) In general. That the President is authorized to use all necessary and appropriate force against those nations, organizations, or persons he determines planned, authorized, committed, or aided the terrorist attacks that occurred on September 1 1.
Appears in 166 books from 2001-2008
Page 129 - Poor George, he can't help it — he was born with a silver foot in his mouth.
Appears in 53 books from 1929-2008
Page 194 - Who can stand before his indignation ; and ' who can abide in the fierceness of his anger ; his fury is poured out like fire, and the rocks are thrown down by him.
Appears in 334 books from 1669-2008
Page 22 - We shall find that the God of Israel is among us when ten of us shall be able to resist a thousand of our enemies, when he shall make us a praise and glory, that men shall say of succeeding plantations, "The Lord make it like that of New England.
Appears in 167 books from 1841-2008
Page 17 - I saw heaven standing open and there before me was a white horse, whose rider is called Faithful and True. With justice he judges and makes war. His eyes are like blazing fire, and on his head are many crowns. He has a name written on him that no one knows but he himself. He is dressed in a robe dipped in blood, and his name is the Word of God. The armies of heaven were following him, riding on white horses and dressed in fine linen, white and clean.
Appears in 127 books from 1901-2008
Page 127 - Democrats won control of the House of Representatives for the first time in 16 years.
Appears in 47 books from 1983-2008
Less

Craig Unger is the author of the New York Times bestselling House of Bush, House of Saud. He appears frequently as an analyst on CNN, the ABC Radio Network, and other broadcast outlets. The former deputy editor of The New York Observer and editor-in-chief of Boston Magazine, he has written about George H. W. Bush and George W. Bush for The New Yorker, Esquire, and Vanity Fair. He lives in New York City. 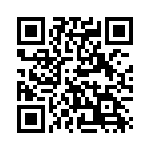