MIRON REZUN is Professor of Political Science at the University of New Brunswick in Canada. His latest works include Nationalism and the Breakup of Empire: Russia and Its Periphery (Praeger, 1992), Saddam Hussein's Gulf Wars: Ambivalent Stakes in the Middle East (Praeger, 1992), and Intrigue and War in Southwest Asia: The Struggle for Supremacy from Central Asia to Iraq (Praeger, 1991). 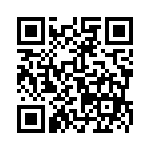