Page 54
Thirdly , The Persons for whom he was given , and the Conditions upon which
they are to receive Benefit by him ; and that is Faith , or believing in him :
Whosoever belieuFourthly , The Danger of rejecting and disbelieving of him ,
which will ...
Page 66
... also to make the People expect better Effects from that Office , which none but
the highest Ministers of Religion are impower'd to performe Thus we see the
Persons authoriz'd to administer this Or : dinance . Let us next consider the
Persons ...
Page 76
18. they take to refer to the three Persons in it : But these are dark Discoveries of
so great a Truth , and to interpret the three Persons that appeared to Abraham , to
be the three Persons of the Holy Trinity , is not much better And a Father tells us ...
Page 137
indeed hateful and odious to all Persons , it leads Men into many a heinous Sin ,
and brings on many a heavy Punishment : But Humility is the Parent of all Vertue
, and tho it may seem to depress , yet it certainly leads to Exaltatation ; for be ...
Page 253
Where we have the Author of these spiritual Gifts , which the Apostle here tells us
is the Holy Ghost , the third Person in the ... So that these Gifts come from the
other two Persons no less than from the third , according to that known Rule ,
Opera ...
Next » 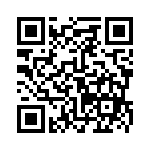