Robert Wooster, an associate professor of history at Corpus Christi State University; introduces each volume, catching the full range and tenor of a top soldier who became a national celebrity not the first or the last to de-velop an interest in money and political prize. Wooster is the author of "Nelson A. Miles and the Twilight of the Frontier Army," also published by the University of Nebraska Press.

Frederic Sackrider Remington (October 4, 1861 - December 26, 1909) was an American painter, illustrator, sculptor, and writer who specialized in depictions of the Old American West, specifically concentrating on the last quarter of the 19th century American West and images of cowboys, American Indians, and the U. S. Cavalry. Remington attended the art school at Yale University. He left Yale in 1879 to take care of his ailing father who had tuberculosis. Remington did not return to Yale, instead when his father died he made a trip out to Montana. This trip colored the type of illustrations, sculpture, and novels he would create for the rest of his life. Remington died after an emergency appendectomy led to peritonitis on December 26, 1909. His extreme obesity (weighing in at nearly 300 pounds) had complicated the anesthesia and the surgery. He is buried in Evergreen Cemetery, Canton, New York. 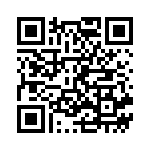